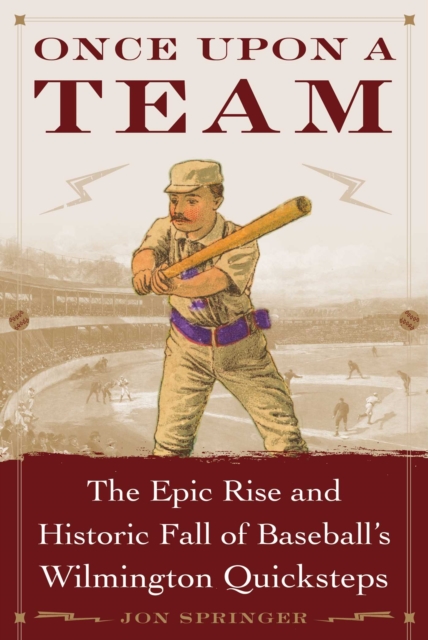 Once Upon a Team : The Epic Rise and Historic Fall of Baseball's Wilmington Quicksteps EPUB

With all that going on, a hard-playing, hard-drinking club out of tiny Wilmington, Delawarethe Quickstepswere so dominating their minor-league opponents that they would receive the opportunity of a lifetime.

At 5112, the Quicksteps were easily handling the struggling Eastern League, which was still in its inaugural season. Led by archetypal stars Tommy ';Oyster' Burns and Edward ';The Only' Nolan, the Quicksteps attacked opponents with a spike-sharpened, rough-and-tumble approach to the game that was only then coming into style, including Nolan's revolutionary delivery: the curve ball. They clinched the league title with six weeks left in the season, and then did something no other team had ever done before.

The UA's inaugural season wasn't going as well as they had hoped. Four teams folded before the season's conclusion, and the red-hot Quicksteps were slated to be promoted to the professional leaguesomething which, then and now, is unheard ofreplacing the defunct Philadelphia Keystones.

Unfortunately, things did not go as well for Wilmington in the UA as it did in the Eastern League. As the first shots are fired in a near century-long battle for player rights, mass defections, and a comedy of on-field error and misfortune resigned the Quicksteps to a virtually unassailable record for baseball futility. In 18 games, the Quicksteps went 216, giving them a .111 winning percentage (compared to their .810 winning percentage in the Eastern League). The UA would fold at seasons' endas would the Quicksteps.

Loaded with colorful characters, highlight plays, and behind-the-scenes drama, Jon Springer (Mets by the Numbers) tells the forgotten true story of a tumultuous and remarkable summer; a team driven and summarily destroyed by its own dream of success.