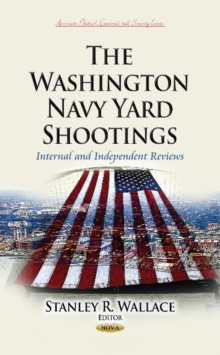 Navy civilian and contractor employees and wounded several others at the Washington Navy Yard.

Alexis was also killed. Alexis was employed by The Experts, Inc, a private information technology firm cleared under the National Industrial Security Program.

The Experts was a subcontractor to Hewlett-Packard Enterprise Services, which was performing work under a contract with the Department of the Navy.

Alexis had legitimate access to the Navy Yard as a result of his work as a contractor employee and used his valid building pass to gain entry to Building 197.

Shortly after his arrival in the building and over the course of about one hour, Alexis used his Remington 870 shotgun and a Beretta handgun he obtained during the attack to kill 12 individuals and wound 4 others before he was shot and killed by law enforcement officers.

On September 30, 2013, the Secretary of Defense initiated concurrent independent and internal reviews to identify and recommend actions that address gaps or deficiencies in DoD programs, policies, and procedures regarding security at DoD installations and the granting and renewing of security clearances for DoD employees and contractor personnel.

This book discusses and provides an overview of the Washington Navy Yard Shooting.

It also provides insight on the security from within.