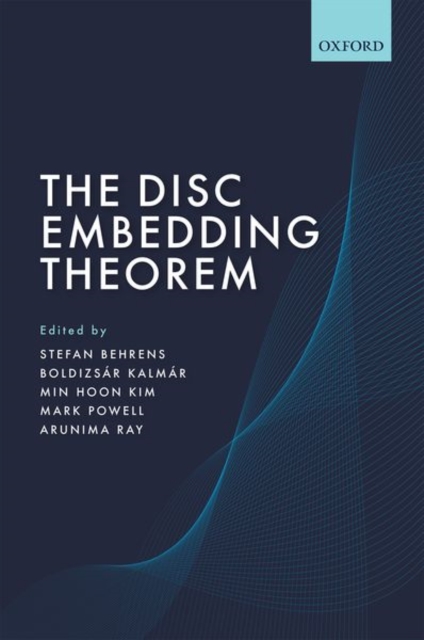 Based on Fields medal winning work of Michael Freedman, this book explores the disc embedding theorem for 4-dimensional manifolds.

This theorem underpins virtually all our understanding of topological 4-manifolds.

Most famously, this includes the 4-dimensional Poincare conjecture in the topological category. The Disc Embedding Theorem contains the first thorough and approachable exposition of Freedman's proof of the disc embedding theorem, with many new details.

A self-contained account of decomposition space theory, a beautiful but outmoded branch of topology that produces non-differentiable homeomorphisms between manifolds, is provided, as well as a stand-alone interlude that explains the disc embedding theorem's key role in all known homeomorphism classifications of 4-manifolds viasurgery theory and the s-cobordism theorem. Additionally, the ramifications of the disc embedding theorem within the study of topological 4-manifolds, for example Frank Quinn's development of fundamental tools like transversality are broadly described. The book is written for mathematicians, within the subfield of topology, specifically interested in the study of 4-dimensional spaces, and includes numerous professionally rendered figures.