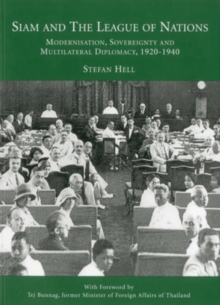 Siam and the League of Nations Paperback / softback

This first in-depth study of Thai foreign relations in well over a decade traces how these and other policy areas brought Siam in contact with the League of Nations, after the kingdom had signed the Treaty of Versailles and became an original member of this first global body.

Based on never before consulted primary sources in Thailand and Europe, the study unfolds the story of a unique relationship between the only independent country in Southeast Asia and the League during the inter-war period 1920-1940.

The book highlights both the importance of the League for the modernisation of Siam and the shaping of its foreign policies, as well as the intriguing role Siam played on the world stage in the early development of the multilateral political system we live in today. 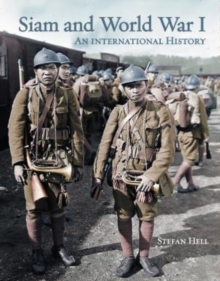 Siam and World War I