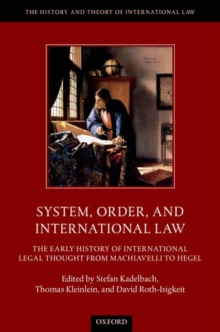 Part of the The History and Theory of International Law series

For many centuries, thinkers have tried to understand and to conceptualize political and legal order beyond the boundaries of sovereign territories.

Their concepts, deeply entangled with ideas of theology, state formation, and human nature, form the bedrock of todays theoretical discourses on international law.

This volume engages with models of early international legal thought from Machiavelli to Hegel before international law in the modern sense became an academicdiscipline of its own.

The interplay of system and order serves as a leitmotiv throughout the book, helping to link historical models to contemporary discourse. Part I of the book covers a diverse collection of thinkers in order to scrutinize and contextualize their respective models of the international realm in light of general legal and political philosophy.

Part II maps the historical development of international legal thought more generally by distilling common themes and ideas, such as the relationship between universality and particularity, the role of the state, the influence of power and economic interests on the law, and the contingencies oftime, space and technical opportunities. In the current political climate, where it appears that the reinvigorated concept of the nation state as an ordering force competes with internationalist thinking, the problems at issue in the classic theories point to contemporary questions: is an international system without central power possible?

How can a normative order come about if there is no central force to order relations between states?

These essays show that uncovering the history of international law can offer ways in which toenvisage its future. 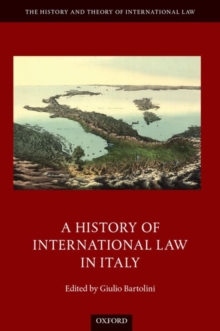 A History of International Law in Italy 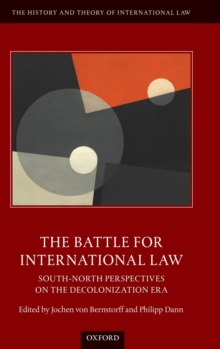 The Battle for International Law 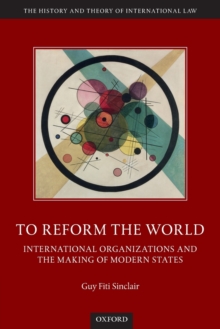 To Reform the World 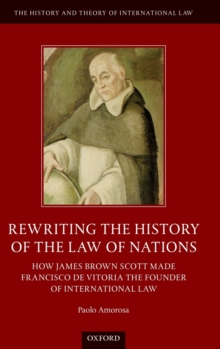 Rewriting the History of the Law of...