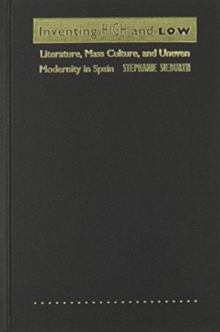 Dire word of the cultural threat of the lowbrow goes back at least to the ancient Greeks, and yet, Stephanie Sieburth suggests, no division between "high" and "low" culture will stand up to logical scrutiny.

Why, then, does the opposition persist? In this book Sieburth questions the terms of this perennial debate and uncovers the deep cultural, economic, and psychological tensions that lead each generation to reinvent the distinction between high and low.

She focuses on Spain, where this opposition plays a special role in notions of cultural development and where leading writers have often made the relation of literature to mass culture the theme of their novels.

Choosing two historical moments of sweeping material and cultural change in Spanish history, Sieburth reads two novels from the 1880s (by Benito Perez Galdos) and two from the 1970s (by Juan Goytisolo and Carmen Martin Gaite) as fictional theories about the impact of modernity on culture and politics.

Her analysis reveals that the high/low division in the cultural sphere reinforces other kinds of separations-between social classes or between men and women-dear to the elite but endangered by progress.

This tension, she shows, is particularly evident in Spain, where modernization has been a contradictory and uneven process, rarely accompanied by political freedom, and where consumerism and mass culture coexist uneasily with older ways of life.

Weaving together a wide spectrum of diverse material, her work will be of interest to readers concerned with Spanish history and literature, literary theory, popular culture, and the relations between politics, economics, gender, and the novel.

Also by Stephanie A. Sieburth 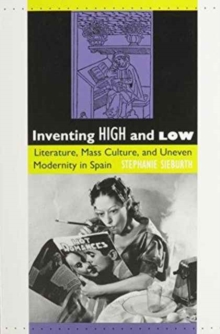 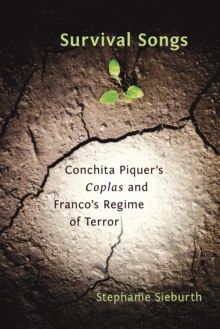