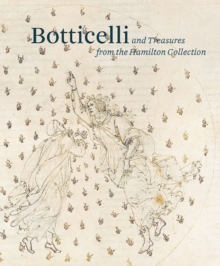 Botticelli and Treasures from the Hamilton Collection Paperback / softback

In 1882 the Berlin Kupferstichkabinett (Prints and Drawings Museum) acquired, from the collection of the Duke of Hamilton, Sandro Botticelli's spectacular series of drawings on parchment illustrating scenes from Dante's `Divine Comedy'.

It also acquired nearly all the items in the duke's priceless collection of illuminated manuscripts.

The wider British public only became aware of these masterpieces when rumours of the Berlin museum's attempts to woo the Scottish duke started circulating in the press.

No less than Queen Victoria and her daughter, wife of the German crown prince, appealed for these treasures to remain in the UK.

In spite of their efforts, the Berlin museum pulled off a sensational coup in acquiring the Hamilton collection.

Since then the Botticelli drawings and the splendid Hamilton manuscripts have formed the cornerstone of the Kupferstichkabinett's collection and are regarded as amongst the very greatest treasures of the Berlin State Museums.

Accompanying an exhibition that brings back to the UK some of the greatest of the former Hamilton treasures, this book includes no less than thirty of Botticelli's exquisite `Dante drawings'.

The series is of the highest order of importance and rarity, and this book will be an exceptional opportunity to explore the great Renaissance master's interpretation of one of the canonical texts of world literature.

Ten drawings will be included from each of the three `books' or realms of the Divine Comedy: Inferno, Purgatorio, and Paradiso.

The drawings will be accompanied by an extraordinary selection of illuminated manuscripts from the time of Botticelli, including the monumental `Hamilton Bible'.

Acknowledged to be one of the most important illuminated manuscripts in the world, this splendid princely volume is depicted in Raphael's portrait of Pope Leo X.

It has not been lent anywhere for 17 years and has never returned to the UK since it left in 1882.

The Dante series will be further enhanced by the Courtauld Gallery's own collection, which includes the master's large altarpiece of The Holy Trinity with Saints John and Mary Magdalene, dating to the same years as the Dante series.

Bibliophile treasures of the highest calibre, all the works in this dazzling group are created by the best artists of their day for illustrious patrons, members of the leading families of Italy - the Medici, the Sforza and the kings of Naples.

The manuscripts' splendid variety and luminous colours exemplify what Dante termed the "smiling pages" when describing, in his Commedia, the art of manuscript illumination which so captured the public imagination in 19th century. 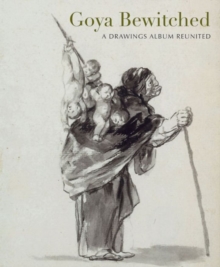 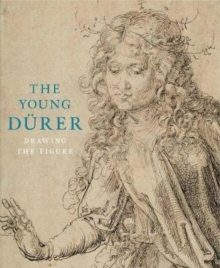