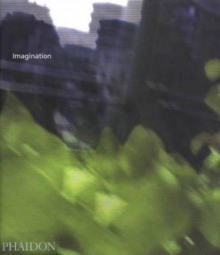 The communications and design agency Imagination was founded by Gary Withers in 1978.

It now has almost 500 staff, based in London, Hong Kong and New York, who practise a wide range of disciplines, from architecture, interiors, lighting and acoustics to graphics, film and digital media.

This book features over 30 projects organized into thematic chapters reflecting their aims: to inform, entertain, inspire, persuade and amaze.

Projects include the exhibition 'Dinosaurs' at the Natural History Museum, London (1992), the Talk and Journey zones at the Millennium Dome (1999), The Aurora Centre, Berlin (1998) and the Guinness Storehouse, Dublin (2000).

An extensive interview with Gary Withers, illustrated with over 350 projects from the course of Imagination's history, further explains the evolution of this unique company.