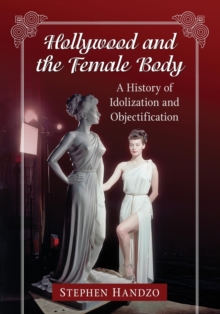 Hollywood and the Female Body : A History of Idolization and Objectification Paperback / softback

From the first, brief moving images of female nudes in the 1880s to the present, the motion picture camera made the female body a battleground in what we now call the culture wars.

Churchmen feared the excitation of male lust; feminists decried the idealization of a body type that devalued the majority of women. This history of Hollywood's treatment of women's bodies traces the full span of the motion picture era.

Primitive peepshow images of burlesque dancers gave way to the "artistic" nudity of the 1910s when model Audrey Munson and swimmer Annette Kellerman contended for the title of American Venus.

Jean Harlow, Mae West and the scantily clad chorus girls of the early 1930s provoked the Legion of Decency to demand the creation of a Production Code Administration that turned saucy Betty Boop into a housewife.

Things loosened up during World War II when Betty Grable and Rita Hayworth ruled the screen.

The postwar years saw the blonde bombshells and "Mammary madness" of the 1950s while the 1960's brought bikini-clad sex kittens.

With the replacement of the Production Code by a ratings system in 1968, nudity and sex scenes proliferated in the R-rated movies of the 1970s and 1980s.

Recent movies, often directed by women, have pointed the way toward a more egalitarian future.

Finally, the #MeToo movement and the fall of Harvey Weinstein have forced the industry to confront its own sexism.

Each chapter of this book situates movies, famous and obscure, into the context of changes in the movie industry and the larger society. 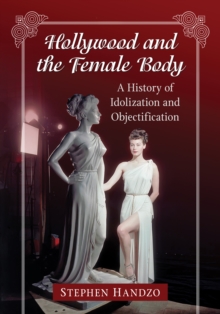 Hollywood and the Female Body