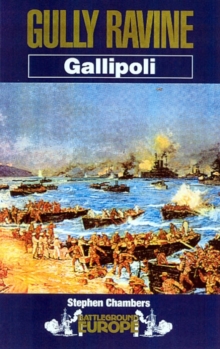 This book concentrates on Gully Ravine and its immediate area on the western side of the Helles battlefield, Gallipoli. "...Death was at work there,...Death lived there,...Death wandered up and down there and fed on Life." (John Masefield).

Here trench fighting raged throughout the campaign, culminating in the Battle of Gully Ravine between 28 June and 5 July 1915.

This attack was a successful piece of planning and execution, enabling the British to capture five lines of Turkish trenches, seriously threatening the Turkish hold on the southern tip of the peninsula.

General de Lisle recalled, 'in my nine years of war I have seen many thrilling sights but not one compared to the 28th June', Its success was well nigh complete.

After this attack the region fell into the deadlock of trench warfare, which brought its horrors as well as its monotony.

This beautiful and picturesque area of Gallipoli is seldom visited, and its part in the campaign almost forgotten.

The book is well researched and contains a high proportion of original photographs and maps, which have never been published before. 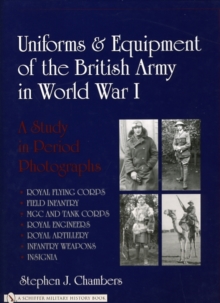 Uniforms and Equipment of the British...