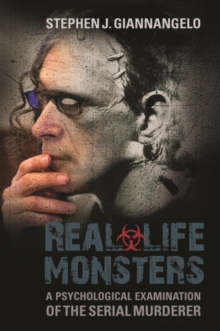 Real-Life Monsters : A Psychological Examination of the Serial Murderer Hardback

This book presents an in-depth psychological analysis of the development of the serial killer personality that will fascinate all readers, from the experienced criminology student to the casual true-crime reader. Real-Life Monsters: A Psychological Examination of the Serial Murderer takes a different approach than most titles on a similar topic: the author develops and proposes an original psychological explanation, rather than simply repeating some of the long-held theories for these criminals' heinous actions.

The work addresses current issues, presents detailed commentary and personal observation, and contains photographs that will fascinate general readers interested in the subjects of true crime, serial killers, and psychopathology. The first part of the book carefully examines the research past and present regarding clinical, psychological, societal, and biological bases for violent behavior, specific to the serial murderer.

Part two establishes a novel theory of the pattern of violence and then explores this hypothesis through eight case studies, interviews with serial killers, and elemental analysis.

The work also contains a chapter based on conversations between the author and a convicted serial murderer. * Includes eight case studies of fascinating serial criminals, including recently convicted media stars Rodney Alcala and Anthony Sowell 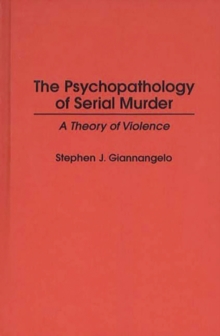 The Psychopathology of Serial Murder