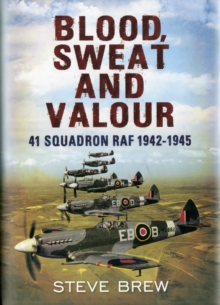 41 Squadron RAF is one of the oldest RAF Squadrons in existence, having celebrated its 95th Anniversary in 2011.

The unit has seen service from the First World War through policing duties in the Middle East in the 1930s, throughout the Second World War, and more recently in the First Gulf War.

Sadly, however, its history has never been written. Blood, Sweat and Valour is the first comprehensive study of this gallant squadron, concentrating on its Second World War activity between August 1942 and May 1945 with a specific emphasis on the men who earned the enviable reputation the squadron still enjoys today.

Blood, Sweat and Valour recounts the unit's role within battles, operations, offensives and larger strategies, and details experiences made by the pilots and ground crew participating in them.

The squadron's actions are often revealed for the first time, through records that have hitherto never been available.

Sources include over 350 documents from 41 Squadron's archives, and thousands of pages of data from over 250 National Archives files and hundreds of references from the London Gazette, major periodicals, books and websites from across the globe in both English and German. Personal sources also include 35 pilots' logbooks, 40 personal accounts and interviews. 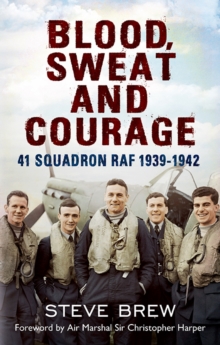 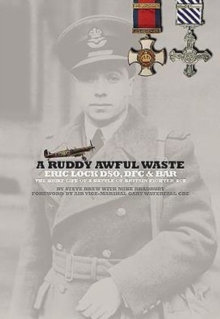