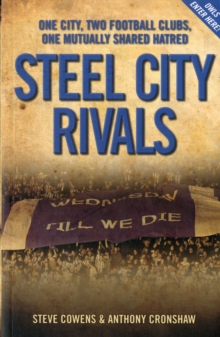 One city. Two football clubs. One mutually shared hatred...Football rivalry is a common factor anywhere in the world where the sport is played.

But some take it far more seriously than others. In Sheffield, the traditional capital of Britain's steel manufacturing industry, there is no greater tribal divide than that between fans of Sheffield United and Sheffield Wednesday.

The two club's supporters berate each other with a venomous passion, their long-running feud intense enough to divide families and workplaces from 1889 to the present dat.

But why? How does a natural rivalry that, in the 1960s, saw supporters from both clubs going to Hillsborough Stadium (Wednesday's ground) one week then Bramell Lane (home to United) the next turn to such enmity? In Steel City Rivals, authors Cowens (a United suported) and Cronshaw (Wednesday) combine their insider knowledge and fan anecdotes with a dark humour and bitter fascination with football violence.

For the struggle for supremacy, between red (United) and blue (Wednesday), 'blade' versus 'owl', is absolute.

To the people of Sheffield, Britain's fourth largest city, it's never just a game. 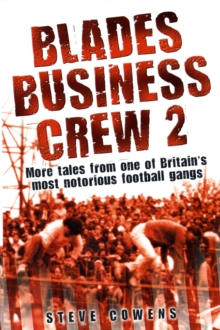