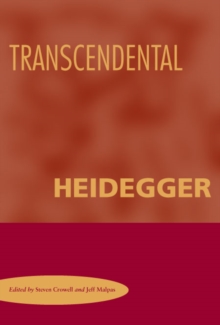 The thirteen essays in this volume represent the most sustained investigation, in any language, of the connections between Heidegger's thought and the tradition of transcendental philosophy inaugurated by Kant.

Several essays in the volume also explore hitherto hidden connections between Heidegger's later "post-metaphysical" thinking-where he develops a "topological" approach that draws as much upon poetry as upon the philosophical tradition-and the transcendental project of grasping the conditions that make experience of a meaningful world possible.