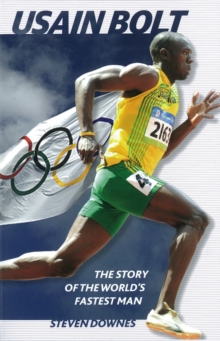 Despite his false start in the 100 metres in the Daegu which meant he could not defend his title Usain Bolt is that rarity in the modern world - a man whose fame transcends his nationality, his race and even his sport.

From Los Angeles to Beijing, from Kingston to Berlin, the name "Bolt" resonates immediately even with those with only a passing interest in any form of sport.

Quite simply, Bolt is the world's fastest man. And the gangling Jamaican is the fastest man the world has ever seen by a considerable margin. The sprinter established himself in the world's psyche by winning three Olympic gold medals, the 100, 200 metres and sprint relay, all in world record times, at the 2008 Beijing Games, a unique achievement.

Bolt stamped his personality on sporting history again a year later at the World Championships in Berlin when he won both individual sprints, again with never-before-seen performances, making him the first man to hold the Olympic and world titles for the 100 and 200 metres at the same. He may have astonished the athletics world with his fasle start but Bolt went on to retain his World 200 metres title and then acnhor the Jamaican 4x100 metres team to victory in a world record time.

Can anyone ever beat Bolt? Can Bolt run even faster? Bolt now has his eyes on making another piece of sporting history by becoming the first man to win back-to-back Olympic 100 metres races when he lines up for the London Games in 2012.

But the 6ft 5in tall Bolt is by no means an overnight sensation.

His almost freak-like talents have been carefully honed and nurtured over almost a decade, ever since he took the 200 metres gold medal at the 2002 World Junior Championships, which made him the competition's youngest-ever gold medallist at 16.

In this book, award-winning athletics writer Steven Downes, who has followed the Jamaican since his global debut, charts Bolt's career so far and forward to the London Olympics.