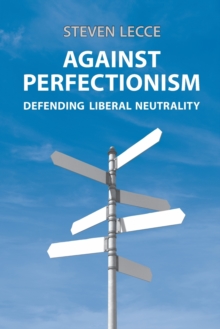 In a democracy, political authority should be determined independently of religious, philosophical, and ethical ideals that often divide us.

This idea, called liberal neutrality, challenges one of the oldest insights of the Western philosophical tradition in politics.

At least since Plato, the concept of perfectionism has insisted that statecraft is akin to "soulcraft," and political questions about the justification of state power have followed from ethical questions about what is valuable in life and about how we should live if we are to live well.

Against Perfectionism defends neutralist liberalism as the most appropriate political morality for democratic societies.

Steven Lecce investigates the theoretical foundations of liberalism, bringing together classic and contemporary arguments about the implications of pluralism for liberal equality.

He surveys three classic debates over the grounds and limits of tolerance, and investigates the limits of perfectionism as a guide to law and public policy in pluralist societies.

Lecce ultimately suggests a version of neutrality that answers the critiques recently leveled against it as a political ideal. Presenting sophisticated and groundbreaking arguments, Against Perfectionism is a call to rethink current concepts of law and public policy in democratic societies. 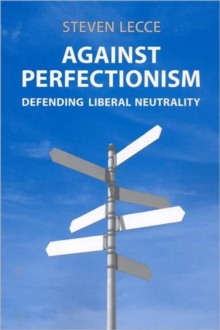 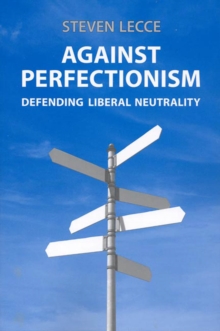 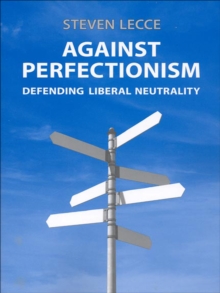