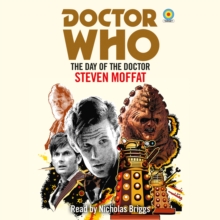 Doctor Who: The Day of the Doctor : 11th Doctor Novelisation CD-Audio

When the entire universe is at stake, three different Doctors will unite to save it.

The Tenth Doctor is hunting shape-shifting Zygons in Elizabethan England.

The Eleventh is investigating a rift in space-time in the present day. And one other - the man they used to be but never speak of - is fighting the Daleks in the darkest days of the Time War.

Driven by demons and despair, this battle-scarred Doctor is set to take a devastating decision that will threaten the survival of the entire universe... a decision that not even a Time Lord can take alone. 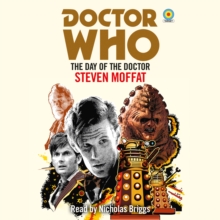