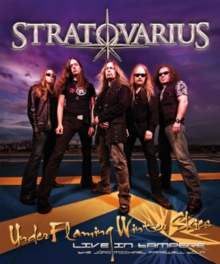 The Finnish power metal band captured live in performance in Tampere in November 2011.

The tour was held in honour of drummer Jörg Michael, who had been with the band since 1995 but announced his departure in 2011 for personal reasons.

Michael played in the Tampere show, which saw the band perform songs including 'Under Flaming Skies', 'Kiss of Judas' and 'Deep Unknown'.