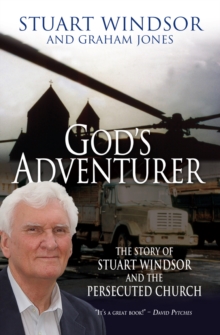 God's Adventurer : The story of Stuart Windsor and the persecuted church Paperback / softback

National Director of Christian Solidarity Worldwide (CSW), Stuart is described in Baroness Cox's biography as 'larger than life in every respect ... a combination of ex-RAF, ex-British Intelligence and Assemblies of God pastor'.

A former Barnardo's boy, Stuart has been involved in extraordinary adventures from delivering aid under shell fire in Nagorno Karabakh to redeeming slaves in Sudan.

Along the way he has met and helped many of the heroes of today's persecuted church.

His story is laced with examples of God's miraculous provision and protection and his purpose in telling it is to show what God can do when ordinary Christians are obedient to the Holy Spirit's leading.

This is basically one Boys' Own adventure after another.

Stuart's wholehearted enthusiasm for life, his passion for the underdog, and his abiding faith in the Almighty have led him into dozens of scary encounters and impossible situations. 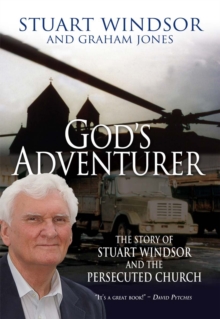