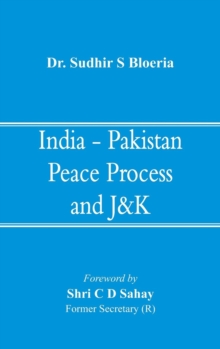 The relations between India and Pakistan have been strained right from the partition days and Jammu and Kashmir has always been the focus point of any discussion between the two countries.

Many efforts have been made to normalise the relations, however, no tangible results have been forthcoming. Some hopes were seen during the tenure of Sheikh Abdullah as Chief Minister, however, the events took a downward turn after his death in 1982.

The situation in J&K deteriorated and militancy took its roots across the state in a big way.

Good governance is an integral part of any effective government.

However, in a conflict situation and disturbed environment, where the lives and interests of ordinary people are under pressure, the issue of a functioning government becomes even more crucial.

This is exactly where the governance system failed the people of the state when the trouble started.

By the beginning of 1990, the administration in Srinagar and some other towns of the Valley had almost collapsed.

Jammu and Kashmir has been struggling with the scourge of terrorism for three decades now.

This has caused untold miseries to the people of the state; with thousands losing life and many more getting hurt.

The turmoil has also resulted in huge losses to public and private properties. This book attempts a panoramic overview of the peace process, in different stages and phases over the past seven decades, between India and Pakistan from 1947 onwards; with special reference to the state of Jammu and Kashmir.

The author, having been involved in many of these processes very closely, has covered these details in most authentic and unbiased manner. 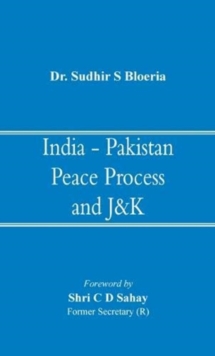