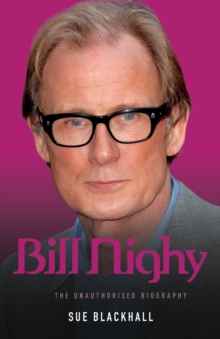 Bill Nighy is one of Britain's best loved film, theater, and television personalities and, thanks to his appearances in Hollywood blockbusters "Love Actually" and "Pirates of the Caribbean," he has become a massive worldwide star.

His wit, charm, and on-screen presence have endeared him to legions of fans, and his film and TV work shows that he is an accomplished performer who can bring a touch of magic to any role.

This is the fascinating story of one of the most intriguing and entertaining characters in show business.

Bill Nighy will be staring in "Harry Potter and the Deathly Hallow Part 2" and in "Arthur Christmas" in 2011 both of which will raise his profile in the media.