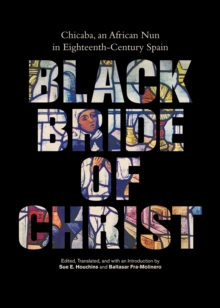 Teresa de Santo Domingo, born with the name Chicaba, was a slave captured in the territory known to seventeenth- and eighteenth-century Spanish and Portuguese navigators and slave traffickers as La Mina Baja del Oro, the part of West Africa that extends through present-day eastern Ghana, Togo, Benin, and western Nigeria.

Upon the death of her Spanish master, she was freed to enter a convent.

The Dominicans of La Penitencia in Salamanca accepted her after she had been rejected by several other monasteries because of her skin color.

Even in her own religious community, race put her at a disadvantage in the highly stratified social hierarchy of monastic houses of the era.

Her life story is known to us through a document entitled Compendio de la Vida Ejemplar de la Venerable Madre Sor Teresa Juliana de Santo Domingo, which is the foundational documentary evidence in the case for beatification of this nun, and as such it is the most significant and comprehensive source of information about her. This volume, the first English translation of the Compendio, is a hagiography, an example of a biographical genre that recounts the lives and describes the spiritual practices of holy people-saints officially canonized by the Church, informally recognized by local devotees, or respected ecclesiastical leaders.

The effort to have Chicaba canonized continues today, as Fra-Molinero and Houchins explore in their introduction to the volume.