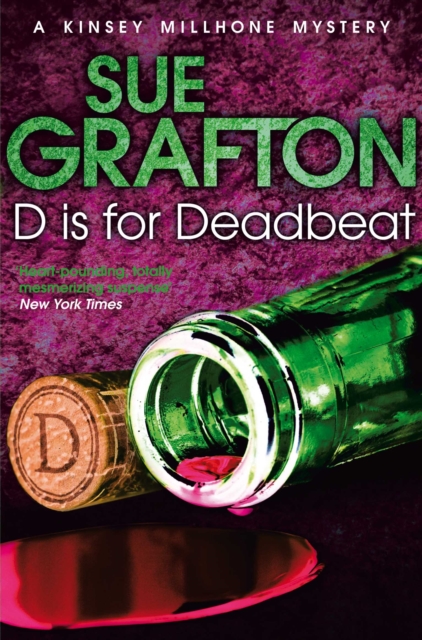 D is for Deadbeat Paperback / softback

D is for Deadbeat is the fourth in the Kinsey Millhone mystery series by Sue Grafton. My name is Kinsey Millhone. I'm a private investigator . . . female, single and self-employed, with a constitutional inability to work for anyone else.

I'm a purist when it comes to justice, but I'll lie at the drop of a hat.

Inconsistency has never troubled me . . . It was late October, the day before Halloween. He introduced himself as Alvin Limardo. The job he hired Kinsey to do seemed easy enough . . . until his cheque bounced. His real name was Dagett. John Dagett. Ex-con. Inveterate liar. Chronic drunk. And dead. The cops called it an accident - death by drowning.