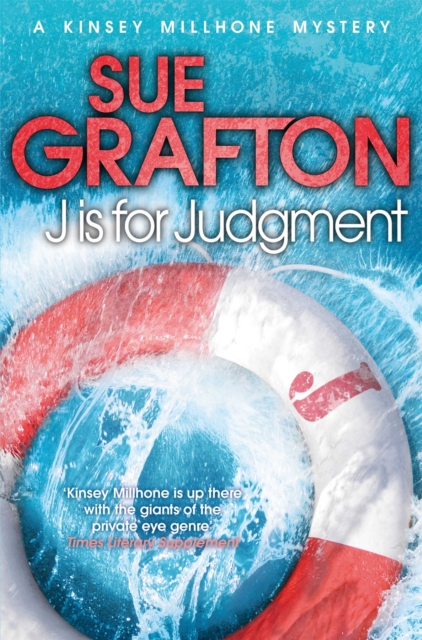 J is for Judgement Paperback / softback

J is for Judgement is the tenth in the Kinsey Millhone mystery series by Sue Grafton. On the face of it, you wouldn't think there was any connection between the murder of a dead man and the events that changed my perceptions about my life... For Kinsey Millhone, the investigation started with a surprise visit from an ex-colleague at California Fidelity - the company that had fired her nine months previously. Fives hours later she was on a plane to Mexico, hot on the trial of a suicide who'd allegedly just come back to life.

After a five year wait, Wendell Jaffe's widow had finally succeeded in having the real estate swindler declared dead, collecting half a million dollars for her pains.

Now it looks like a 'pseudocide' - and Kinsey's ready to risk everything to get to the truth . . .