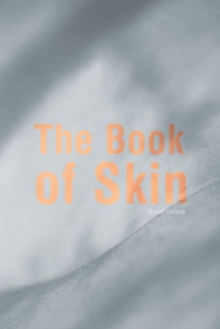 "The Book of Skin" explores the amazingly elaborate and varied functions, roles and meanings of human skin within Western culture.

He examines a wide range of sources, including literature, non-fiction and medical texts; art, photography and film; and, folklore, popular song and language.

The book covers all aspects of skin's cultural history, including the chromatics of skin colour and pigmentation, blushing, suntanning, paleness, darkening, tattooing, scarification, the Turin shroud, the Mummy, the Invisible Man, the destructive rage exercised against skin in all kinds of violent fantasies, and the intensities and attenuations of touch.

Connor also explains why particular colours are ascribed to feelings and conditions, such as green for envy, purple for rage and yellow for cowardice.

Moving from the human body itself to photography and the cinema screen, and from medieval leprosy, Renaissance flaying, and syphilis to cosmetics, plastic surgery and contemporary skin cancers, the author fully surveys our skin's obvious and yet unfamiliar terrain. "The Book of Skin" shows that skin has never been at once so manifest and so in jeopardy as it is today, when, as Marshall MacLuhan puts it, each of us wears all of mankind as his skin.