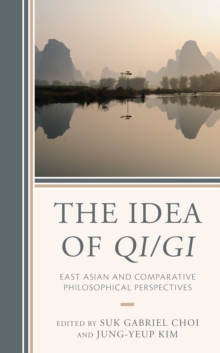 The notion of qi/gi ( ) is one of the most pervasive notions found within the various areas of the East Asian intellectual and cultural traditions.

While the pervasiveness of the notion provides us with an opportunity to observe the commonalities amongst the East Asian intellectual and cultural traditions, it also allows us to observe the differences.