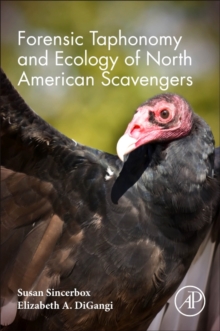 Consequently, the actions of vertebrate scavengers can significantly impact the medicolegal investigation of human remains.

It is therefore critical when interpreting a death scene and its associated evidence that scavenging be recognized and the possible effects of scavenging behavior considered. This book is an ideal reference for both students and medicolegal professionals, serving as a field manual for the identification of common scavenging species known to modify human remains in North America.

In addition, this book presents a framework to guide investigators in optimizing their approach to scavenged cases, promoting more complete recovery of human remains and the accuracy of forensic reconstructions of peri- and postmortem events.