Susan Petigru King wrote and published virtually all of her novels and short stories just before and during the American civil war, although her fiction deals neither with slavery nor sectional politics. Set in her native Charleston and its surrounding plantations, King's novels explore the social life and sexual politics of South Carolina's privileged antebellum elite.

In the tradition of nineteenth-century domestic novels, King's writings chronicle courtships and marriages, love and jealousy.

The republication of these long-neglected novels will introduce contemporary readers to the imaginative power of an important southern American woman writer. Lily, King's best known novel, was originally published by Harper and Brothers in 1855.

In this work, King skewers the rituals of courtship that propel its wealthy young heroine toward marriage and a melodramatic death.

Gerald Gray's Wife, King's last novel, plays out the ironies of a plain woman who survives-but barely-the revelations that destroy her seemingly perfect marriage and acquired beauty. In both novels, women's jealousies and men's deceptions are the forces that propel King's often satirical pen.

Largely lacking the moral instruction so common among nineteenth-century domestic novelists, King's novels are differentiated by their critical perspective on women's position, their exploration of themes of failure and frustration, and their focus on the drawing room and ballroom rather than the kitchen and nursery. 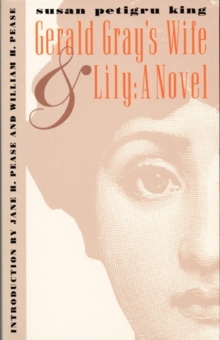