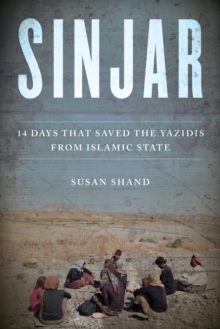 Sinjar : 14 Days that Saved the Yazidis from Islamic State Hardback

On August 3rd, 2014, the Islamic State attacked the Kurdish region of northern Iraq, sweeping down into Iraq's Nineveh province.

Islamic State struck the ancient Yazidi people, citizens of Iraq who had lived in the country's north for centuries.

Within minutes, more than 150,000 members of this pre-Abrahamic faith fled their homes.

Fifty thousand sought refuge on the nearby holy Mount Sinjar, a dry, desolate, treeless mountain, where they were stranded, surrounded by the militant jihadists, without food or water in temperatures over 110 degrees.

What convinced the Obama Administration and the U.S. military to go back into the quagmire of Iraq after leaving it three years earlier in a hasty pull-out?How did this obscure ethnic group seize headlines and hold the world's attention?

How did a small sub-office of the U.S. State Department emerge as a source of crucial intelligence, eclipsing the CIA and the NSA?How were new Yazidi immigrants working from a Super 8 motel in Maryland able to help defeat the warriors of Islamic State on the battlefield?This is the extraordinary tale of how a few American-Yazidis in Washington, DC, mobilized a small, forgotten office in the American government to intervene militarily in Iraq to avert a devastating humanitarian crisis.

While Islamic State massacred many thousands of Yazidi men and sold thousands more Yazidi women into slavery, the U.S. intervention saved the lives of 50,000 Yazidis. 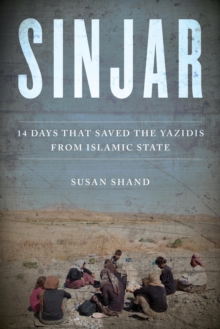