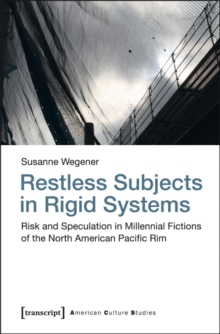 The anticipatory logic of speculation and pre-emptive politics of risk are increasingly gaining significance in a globalising neoliberal world.

This study traces risk and speculation as aesthetic and political-economic strategies in factual and fictional discourses emerging at the North American Pacific Rim within a decade around 2000.

The speculative near-future scenarios projected by these artefacts expose the rise of risk as a new rationality of governance.

At the same time they illustrate neoliberal speculation as a new paradigm of subject formation at a hyper-capitalist, millennial Pacific Rim.