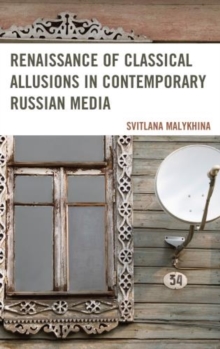 Making sense of the literary allusions in media discourse, Svitlana Malykhina reminds us that allusions can serve as a primary marker of identity-national and cultural-and may also be a way of negotiating the gap between what has to be reported and what can be banned by censorship.

Malykhina presents the changes and continuities between rhetoric strategies of Soviet-style media and postcommunist Russian media, identifying the key literary and historical references in public discourse, which are then picked up by the media.

The book analyzes the political, cultural, and social factors at play in the development and expansion of these allusions in both official and alternative discourses.

Examining the rise of the Internet, which has remained wholly uncensored in Russia, Malykhina reveals that the Russian Internet media began to function as alternative mass media.

Yet, the success of the Internet media has also brought complex and unintended consequences.

Malykhina offers an empirically rich examination of conventional classical allusions in media discourse, focusing mainly on the rhetorical techniques by which subversive meanings of these references were generated. 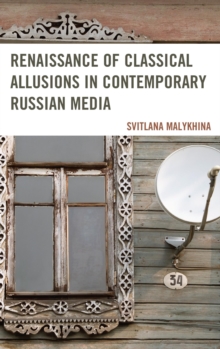 Renaissance of Classical Allusions in...