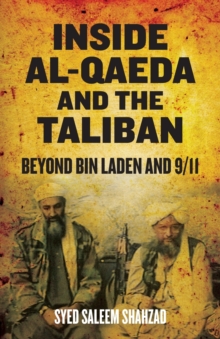 Inside Al-Qaeda and the Taliban : Beyond Bin Laden and 9/11 Paperback / softback

President Obama may have delivered on his campaign promise to kill Osama bin Laden, but as an Al-Qaeda strategist bin Laden has been dead for years.

This book introduces and examines the new generation of Al-Qaeda leaders who have been behind the most recent attacks. Investigative journalist Syed Saleem Shahzad dedicated his life to revealing the strategies and inner workings of Al-Qaeda and the Taliban.

He had access to top-level commanders in both movements, as well as within the ISI, Pakistan's intelligence service.

Shahzad's work was praised by US Secretary of State Hillary Clinton for 'bringing to light the troubles extremism poses to Pakistan's stability.' Inside Al-Qaeda and the Taliban explains the wider aims of both organisations and provides an essential analysis of major terrorist incidents, including the 2008 Mumbai attacks. In May 2011, Shahzad was abducted and killed in Pakistan, days after writing an article suggesting that insiders in the Pakistani navy had colluded with Al-Qaeda in an attack on a naval air station.

This book is a testament to his fearless reporting and analytical rigour.

It will provide readers worldwide with an invaluable introduction to a new phase of the ongoing struggle against terrorism which threatens lives in so many countries. 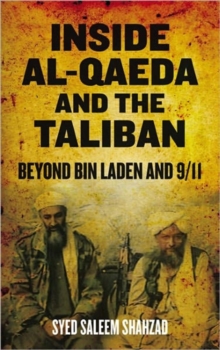 Inside Al-Qaeda and the Taliban