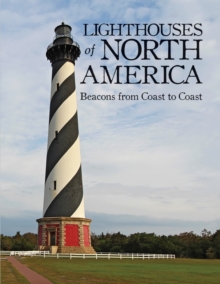 Lighthouses of North America: Beacons from Coast to Coast Hardback

Lighthouses of North America is a beautiful tribute to 71 lighthouses in the United States and Canada.

The selection covers the full range of lighthouse architectural styles and represents all regions of the continent.

The book opens with a brief but fascinating history of lighthouses, which traces their use from the Romans to the 'golden age' of the nineteenth and twentieth centuries when lighthouses became a strategic and commercial asset to seafarers.

For the traveller, there is a list of North American Lights and useful resources. Lighthouse aficionados are many in number and all will enjoy this stunning book.