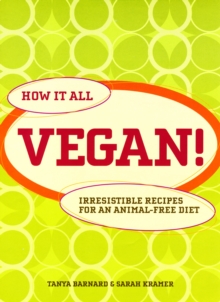 How it All Vegan! : Irresistible Recipes for an Animal Free Diet Paperback / softback

"How it All Vegan!" is known to its fans as The Vegan Bible and it won the award for Best Vegan Cookbook when it was first published.

Now available for the first time in a fully metricated anglicised edition this book is the natural successor to Vegan with a Vengeance which Grub Street published last year and is now in its third printing.

Sarah and Tanya are long-time friends and self-described 'lazy vegetarians' whose love of animals made them want to completely eliminate animal products from their diet.

Their decision to 'go vegan' was a challenge not only to their palate but to their way of thinking about food and nutrition.With some imagination and a little know-how, the transition to a vegan lifestyle can be painless. And as Sarah and Tanya demonstrate in "How It All Vegan!" vegan food is fabulous food, full of flavour and has all the nutrients you need.

Two-colour throughout, the book's chapters include main courses, soups, sauces, breads, salads, and desserts; there are recipes for blue banana muffins, mushroom barley stew, chocolate cheese-less cake, tofu jerky, and vegan versions of ice cream, and mayonnaise. There are even instructions on turning other aspects of your life vegan: recipes for cosmetics, hair products, pet treats, and household cleaners.

With its campy '50s style illustrations, unusual concoctions, and cool, punky sensibility, "How It All Vegan!" will tempt readers to animal-proof their diet and join the vegan empire. 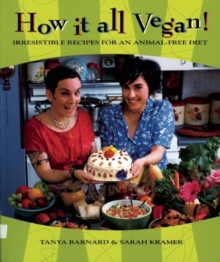 How It All Vegan! 10th Anniversary... 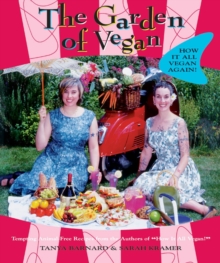 The Garden Of Vegan 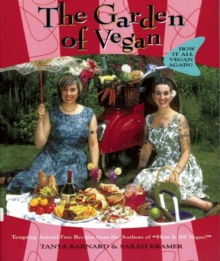 The Garden of Vegan