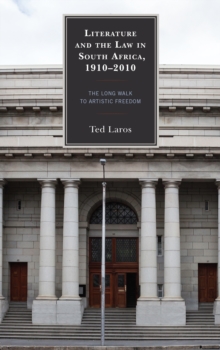 Literature and the Law in South Africa, 1910-2010 : The Long Walk to Artistic Freedom Hardback

Part of the The Fairleigh Dickinson University Press Series in Law, Culture, and the Humanities series

In 1994, artistic freedom pertaining inter alia to literature was enshrined in the South African Constitution.

Clearly, the establishment of this right was long overdue compared to other nations within the Commonwealth.

Indeed, the legal framework and practices regarding the regulation of literature that were introduced following the nation's transition to a non-racial democracy seemed to form a decisive turning point in the history of South African censorship of literature.

This study employs a historical sociological point of view to describe how the nation's emerging literary field helped pave the way for the constitutional entrenchment of this right in 1994.

On the basis of institutional and poetological analyses of all the legal trials concerning literature that were held in South Africa during the period 1910-2010, it describes how the battles fought in and around the courts between literary, judicial and executive elites eventually led to a constitutional exceptio artis for literature.

As the South African judiciary displayed an ongoing orientation towards both English and American law in this period, the analyses are firmly placed in the context of developments occurring concurrently in these two legal systems. 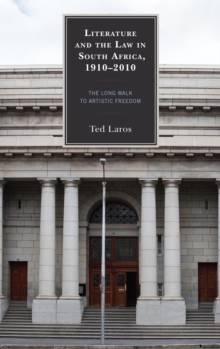 Literature and the Law in South Africa,...