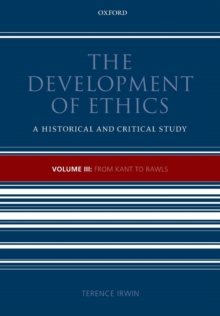 The Development of Ethics, Volume 3 : From Kant to Rawls Paperback / softback

This book is a selective historical and critical study of moral philosophy in the Socratic tradition, with special attention to Aristotelian naturalism.

It discusses the main topics of moral philosophy as they have developed historically, including: the human good, human nature, justice, friendship, and morality; the methods of moral inquiry; the virtues and their connexions; will, freedom, and responsibility; reason and emotion; relativism, subjectivism, andrealism; the theological aspect of morality.

The second volume examines early modern moral philosophy from the 16th to the 18th century.

This third volume continues the story up to Rawls's Theory of Justice. A comparison between the Kantian and the Aristotelian outlook is one central theme of the third volume.

The chapters on Kant compare Kant both with his rationalist and empiricist predecessors and with the Aristotelian naturalist tradition.

Reactions to Kant are traced through Hegel, Schopenhauer, Nietzsche, and Kierkegaard.

Utilitarian and idealist approaches to Kantian and Aristotelian views are traced through Sidgwick, Bradley, and Green.

Mill and Sidgwick provide a link between 18th-centuryrationalism and sentimentalism and the 20th-century debates in the metaphysics and epistemology of morality.

These debates are explored in Moore, Ross, Stevenson, Hare, C.I.

Lewis, Heidegger, and in some more recent meta-ethical discussion.

This volume concludes with a discussion of Rawls, withspecial emphasis on a comparison of his position with utilitarianism, intuitionism, Kantianism, naturalism, and idealism.

Since this book seeks to be not only descriptive and exegetical, but also philosophical, it discusses the comparative merits of different views, the difficulties that they raise, and how some of the difficulties might be resolved.

It presents the leading moral philosophers of the past as participants in a rational discussion in which the contemporary reader can participate. 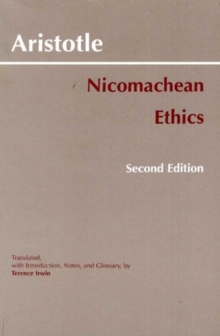 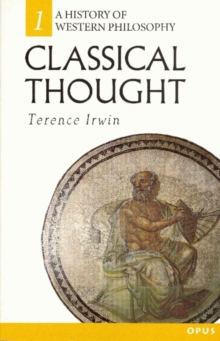 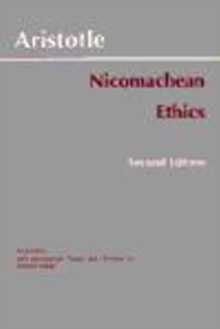 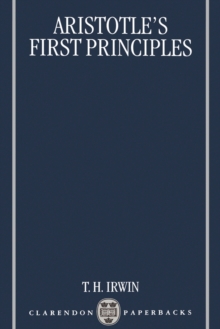