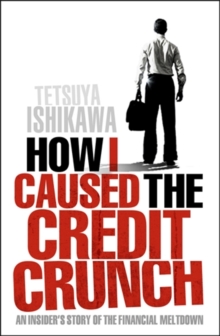 How I Caused the Credit Crunch Paperback / softback

This is a vivid and personal account of 21st century banking excess. "How I Caused the Credit Crunch" traces seven years at the forefront of the credit markets - a tale from the heart of the bewildering banking maelstrom whose catastrophic collapse has plunged the world towards the worst recession since the 1930s.

Tetsuya Ishikawa's story reveals how a young Oxford graduate finds himself in command of vast sums of other people's money; how a novice to the mysteries of hedge funds, subprime mortgages and CDOs can fix complex deals for billions of dollars in the exclusive bars, brothels and trading floors of London, New York, Frankfurt and Tokyo, and reap the benefits in a colossal annual bonus and an international luxury lifestyle.

Ishikawa's book, which deftly explains the arcane financial instruments now grimly associated with the credit crunch, is both a powerful tale of lost innocence and an expose of the disturbing truth of the collective folly, frailty and greed at the heart of the banking crisis. 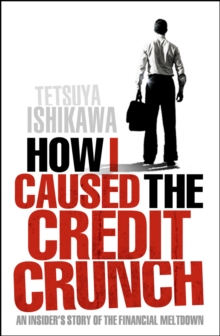 How I Caused the Credit Crunch