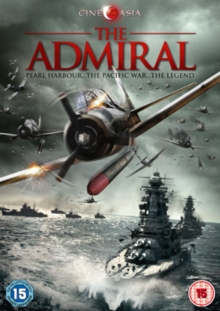 Izuru Narushima directs this Japanese war film, which tells the story of the attack on Pearl Harbor from a Japanese perspective.

Despite expressing his opposition to the devastating strike against the United States, Admiral Yamamoto (Kôji Yakusho) is nevertheless committed to carrying out his orders and committing one of the most catastrophic military mistakes in history; one which would lead to the United States' immediate entry into World War II.