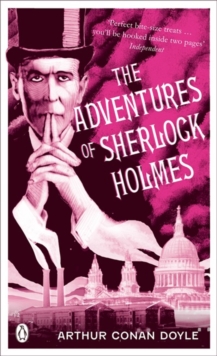 Out of his smoke-filled rooms in Baker Street stalks a figure to cause the criminal classes to quake in their boots and rush from their dens of inequity ... The twelve mysteries gathered in this first collection of Sherlock Holmes and Dr Watson's adventures reveal the brilliant consulting detective at the height of his powers.

Problems involving a man with a twisted lip, a fabulous blue carbuncle and five orange pips tax Sherlock Holmes' intellect alongside some of his most famous cases, including A Scandal in Bohemia and The Red-Headed League.