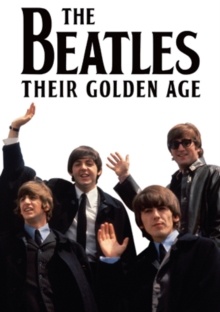 The Beatles: Their Golden Age DVD

Documentary that looks back at the career of the phenomenally successfully pop band.

The programme, narrated by Les Krantz, traces the story of the band from the moment John Lennon, Paul McCartney and George Harrison decided to rename themselves the Beatles and recruit Ringo Starr to play drums.

With extracts from several of the group's films, offstage footage of the band and fan interviews, the documentary follows their astonishing and enduring rise to fame.