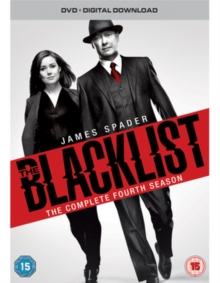 All 22 episodes from the fourth season of the American crime thriller starring James Spader and Megan Boone.

As Red reveals to Cooper that he has access to other wanted fugitives and can help the FBI to track them down, Cooper's intrigue gets the better of him and he allows Red into the bureau.

In this season, former FBI agent Liz Keen (Boone) is captured by Mr. Kaplan (Susan Blommaert) with Red working behind the scenes to save her.

Meanwhile, Liz uncovers a memory from her childhood and Red continues to supply the FBI with names of blacklisters.