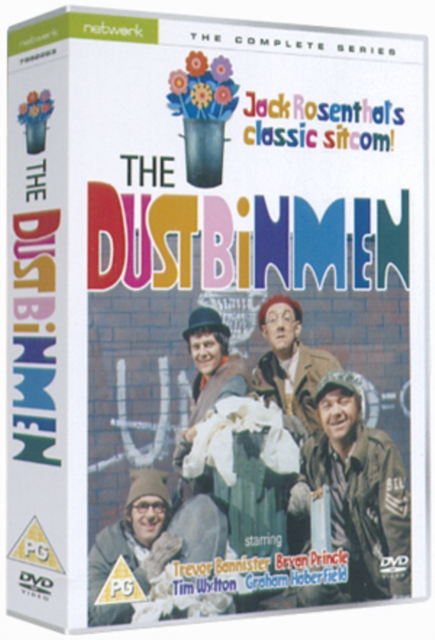 All three series, as well as the pilot episode and the Christmas special, of the irreverant 1970s ITV comedy, created by Jack Rosenthal.

Cheese and Egg, Heavy Breathing, Smelly Ibbotson, Eric and Winston are the binmen who do their rounds aboard 'Thunderbird 3', their rubbish truck, and who have always got a disparaging word to say about the people whose rubbish they pick up.

Trying to avoid work as much as possible, the lads frequently find themselves at odds with Bloody Delilah, the feared inspector from the Corporation Cleansing Department.