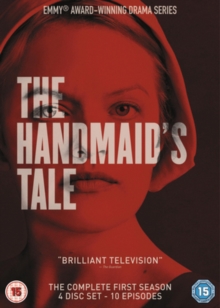 All ten episodes from the first season of the American drama based on the novel by Margaret Atwood.