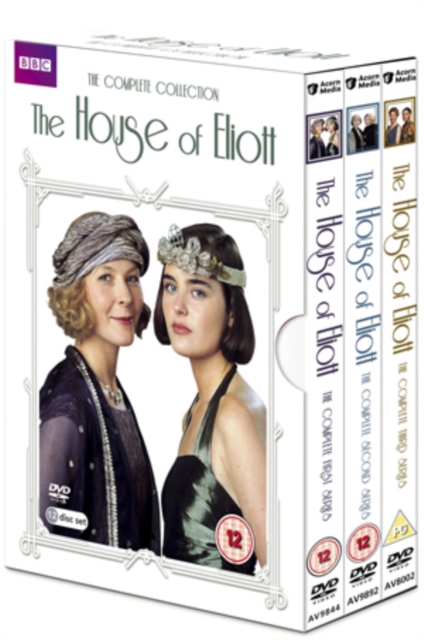 All 34 episodes of the popular BBC costume drama series set in the 1920s.

Series 1 tells the story of two sisters, Beatrice and Evangeline Eliott (Stella Gonet and Louise Lombard) who find themselves penniless when their wealthy, philandering father dies.

Unable to rely on their inheritance as they had planned they go into the dressmaking business and soon The House Of Eliott has become the smartest, most prestigious establishment in London.

In Series 2, the Eliott sisters have to contend with the pressures of running their empire, as well as the problems in their private lives.

Beatrice's (Stella Gonet) devotion to the business puts a tremendous strain on her marriage, while Evie (Louise Lombard) embarks upon a liaison which threatens to ruin both her life and the House of Eliott.

Series 3 sees the sisters finding fashion success abroad in Hollywood, as well as continuing to juggle their complicated love lives.