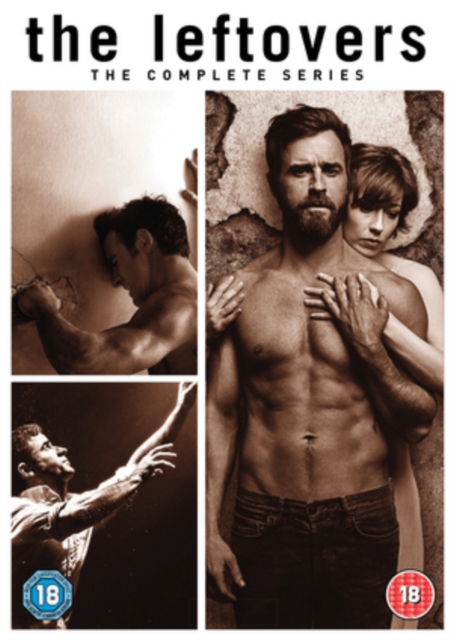 The Leftovers: The Complete Series DVD

All 28 episodes of the HBO drama based on the novel by Tom Perotta.

The show follows the residents of Mapleton, New York, who are still struggling to come to terms with the inexplicable disappearance of many of their loved ones three years previously, an event which became known as the 'Sudden Departure'.

Chief of Police Kevin Garvey (Justin Theroux) attempts to keep the peace as many of the locals have been acting out in the wake of the mystery.

Season 2 episodes are: 'Axis Mundi', 'A Matter of Geography', 'Off Ramp', 'Orange Sticker', 'No Room at the Inn', 'Lens', 'A Most Powerful Adversary', 'International Assassin', 'Ten Thirteen' and 'I Live Here Now'.

Season 3 episodes are: 'The Book of Kevin', 'Don't Be Ridiculous', 'Crazy Whitefella Thinking', 'G'Day Melbourne', 'It's a Matt, Matt, Matt, Matt World', 'Certified', 'The Most Powerful Man in the World (and His Identical Twin Brother)' and 'The Book of Nora'.