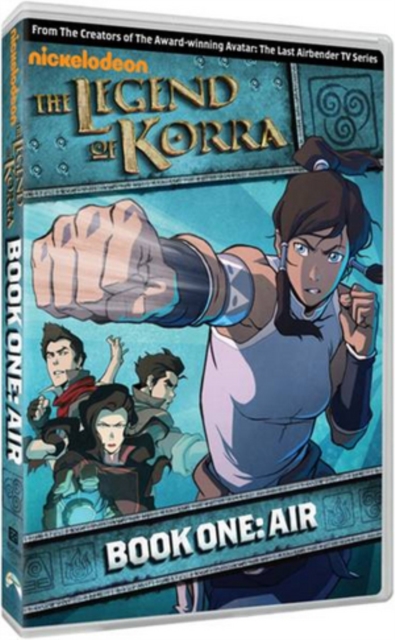 The Legend of Korra: Book One - Air DVD

The first 12 episodes of the American animated series created by Michael Dante DiMartino and Bryan Konietzko.

A sequel to their previous series 'Avatar: The Last Airbender' (2005), the show follows Avatar Korra (voice of Janet Varney) as she learns how to 'bend' the elements of water, earth, fire and air.

With this new skill she is tasked with defending her home, the Republic City, from the Equalist uprising led by Amon (Steve Blum), who has the ability to subvert the powers of benders like Korra.

The episodes are: 'Welcome to Republic City', 'A Leaf in the Wind', 'The Revelation', 'The Voice in the Night', 'The Spirit of Competition', 'And the Winner Is...', 'The Aftermath', 'When Extremes Meet', 'Out of the Past', 'Turning the Tides', 'Skeletons in the Closet' and 'Endgame'.