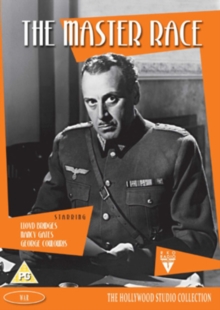 1940s drama made towards the end of World War II. General Friedrich von Beck (George Couloris) leads a team of Nazis as they are ordered to prepare for the Fourth Reich.

They are directed to sabotage any attempts to create a peaceful life in Europe while ensuring they are not captured.

Meanwhile, American Major Philip Carson (Stanley Ridges) is in Belgium assisting a town of people as they try to get their lives back together.

Will Carson succeed when the Nazis become determined to destroy his efforts to restore harmony?