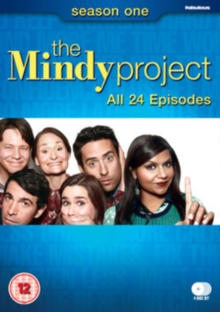 All 24 episodes from the first season of the US sitcom that charts the life and loves of New York obstetrician/gynecologist Mindy Lahiri (Mindy Kaling).

Although she has a successful career and a hectic personal life, so far Mindy hasn't had much luck in love.

With this small setback in mind, she's determined to get her life - and body - back in shape, and finally aspire to become the goddess any self-respecting 'Mr Right' would covet.