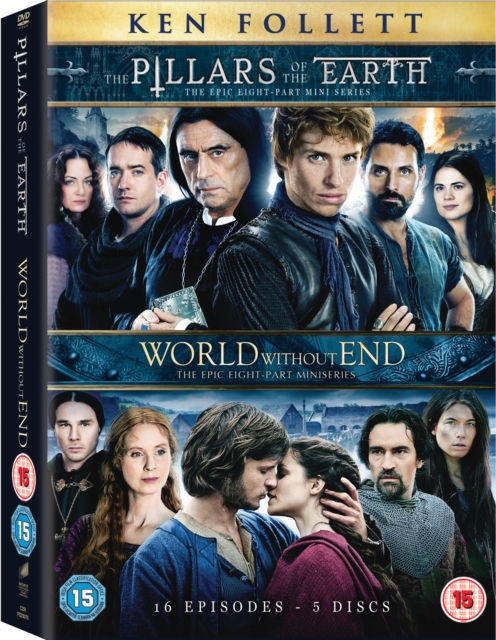 The Pillars of the Earth/World Without End DVD

Double bill of the TV drama series adapted from novels by Ken Follett. 'The Pillars of the Earth' (2010), set against the tumultuous backdrop of civil war in the 12th century, chronicles the construction of a cathedral in the town of Kingsbridge and follows the intertwining stories of the people involved in the project, from master builder Tom (Rufus Sewell) to stonemason Jack (Eddie Redmayne).

The episodes are: 'Anarchy', 'Master Builder', 'Redemption', 'Battlefield', 'Legacy', 'Witchcraft', 'New Beginnings' and 'The Work of Angels'. 'World Without End' (2012) continues the story of Kingsbridge into the 1300s.

As King Edward III (Blake Ritson) prepares to lead England into a ruinous war with France, the residents of the town have a different vision of the future.

However, with war and the even more deadly spectre of the Black Death looming, their powers of endurance will be tested to the full.