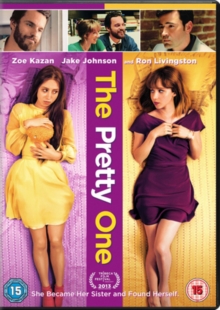 The Pretty One DVD

Though she may be genetically identical to her twin Audrey (Kazan), Laurel (also Kazan) feels inferior.

While Audrey is known as 'the pretty one' and has her own apartment, a successful job and men falling at her feet, the self-doubting Laurel still lives at home with her father (John Carroll Lynch).

However, when a tragic turn of events leads to Laurel becoming confused with her sister, she decides to continue the facade and adopts Audrey's life.

To her great surprise she excels in the role, enjoying every bit as much social success as her sister.

However, what will happen if her secret is revealed?